Mobile phones have become an increasingly popular sight at music festivals. As someone who attends Glastonbury Festival every year, i know that my mobile use at the festival has increased dramatically over the years. More and more often when i go see a live music act, whether at a festival or not, there is almost always at least one person watching through the screen of their moile device. Keeping connected through social media is more popular than ever and with instant uploads people want to share their experience then and there, aswell as capture the moment they saw "that band" or the memory of moments with friends.

In the past i've used my phone until the battery ran out and then left it hidden in my tent for the rest of my time at the festival, but these days im not content with not having my phone on me durring the duration of my festival experience (what if i miss that photo opportunity, what if i cant tell the world what im experiencing, what if i loose my group?!). One of the things i find when using my phone at a festival is charging the thing is an absolute nightmare. Charging tents can be expensive and the ques ive seen for these tents can be rediculous, who wants to spend half their time at a festival queing to charge a phone, but apperently from what i've observed people cant live without their device so much that they are willing to do that. Another option is a plug in device that you put AA bateries in to charge the phone, these seldom work, something i found out at Glastonbury 2014, to much frustration! For the first time this year someone in my group bought a different charging solution, a solar panel charger. The charger was a solid plate about the size of an ipad and plugged straight into the phone, this was fine however finding somewhere to prop the charger became an issue. Not wanting to put the panel or phone on the floor in the notorious Glastonbury mud, the charger was unsuccesfully proped on top of the gazebo, tent and peoples bags, after much faffing around finally someone gave up a chair and the device was propped and positioned in the sun.

Thinking on the problems i have had integrating my essential technology into my festival camping expereince, i was keen to find out if other people had the same struggles and what the genreal consensus was when it came to music festivals and mobile phones. A team from a company called, Mobile Insurance, sent out questionaires to all of its customers who had been to a music festival in 2013 in order to collect some actual quantative data of the current behaviours of people who take their mobile phones to a festival. The data collected by the Mobile Insurance team has been collated and compiled into these funky infographics displayed below. 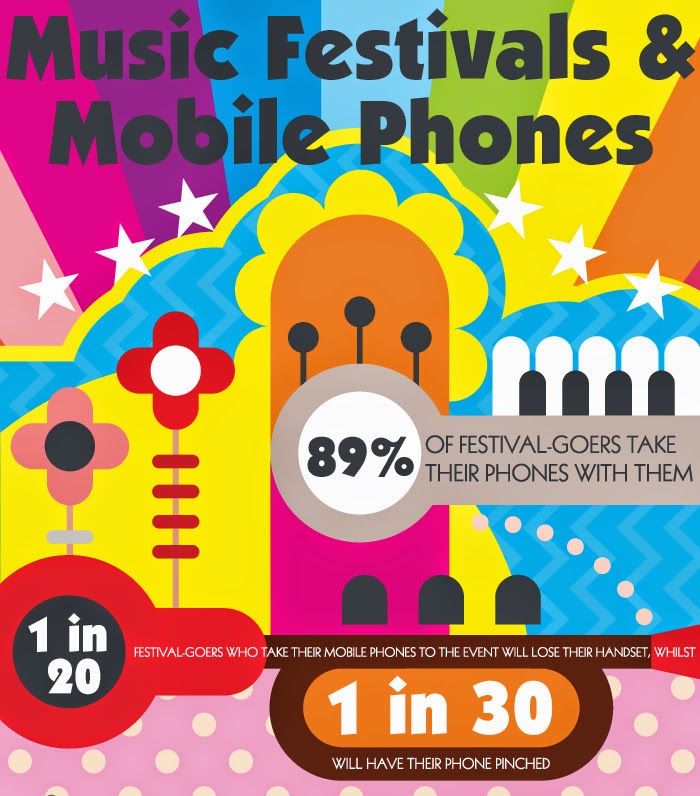 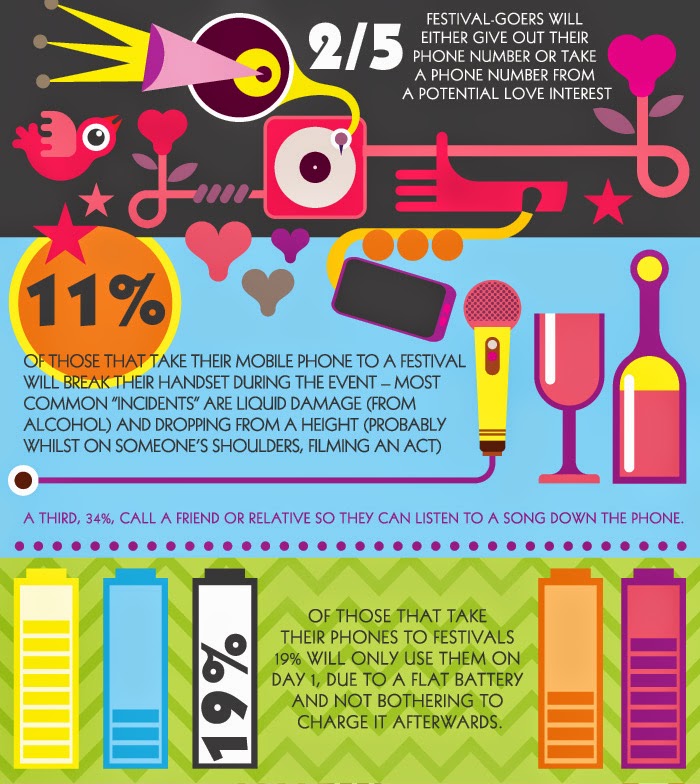 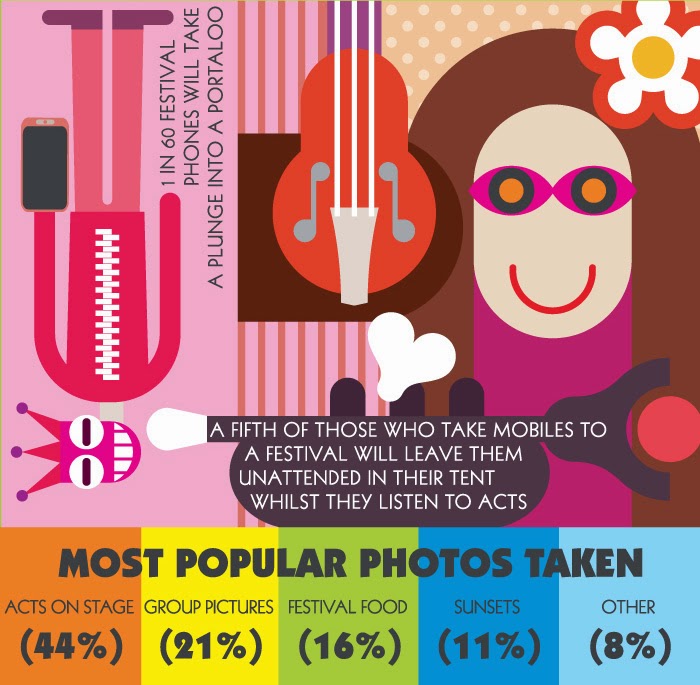 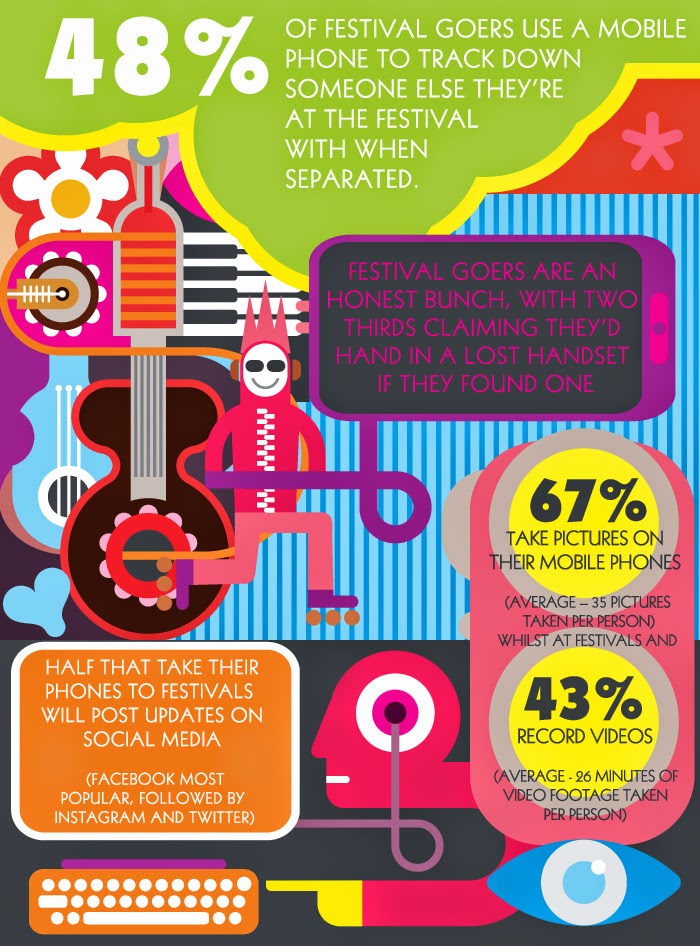